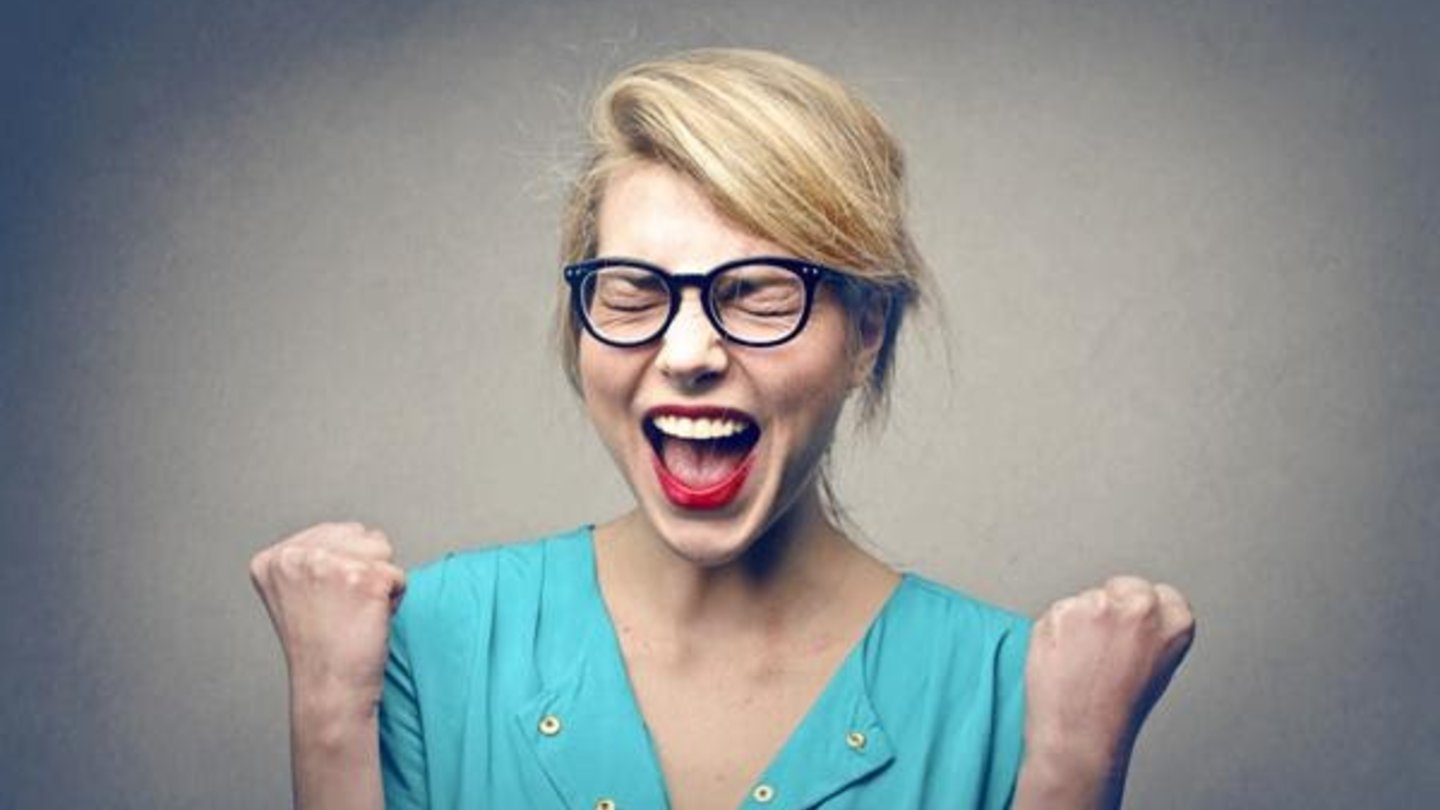 INVESTMENTS ARE BLIND TO THE GENDER PAY GAP

Investments Are Blind To The Gender Pay Gap!

How Women Can Turn Their Financial Future Around.

While most people do not link feminist activism with buying a home or an investment property or two – it’s actually the most important thing a woman can do for herself. Why? Because it provides the most basic of human needs – shelter along with economic security. It is also blind to the gender pay gap. A property doesn’t come up approximately 16% less just because a woman owns it! Yet many, many women turn away from buying a property or even shares, believing they are out of their reach or too overwhelming. Even worse they put their financial future on hold, patiently waiting for their life partner to appear, so that they can live happily ever after together.

If this resonates with you, stop thinking that way today! In most parts of the world, women have been conditioned for centuries to never ‘date down’ but ‘up’ so many of us have sneaky whispers at the back of our minds saying something like – ‘what if I have a property and he doesn’t?’. ‘Will he still like me?’ ‘Will he feel threatened by my success?’ The answer is ‘Who cares?’ Thinking that way won’t only white-ant your future but also your happiness.

"All men should be feminists. If men care about women's rights, the world will be a better place. We are better off when women are empowered—it leads to a better society." John Legend, American singer, songwriter, musician and actor.

In the 21st century, single women have more financial and career freedom than ever before. You don’t have to wait for anyone!

So if you still feel that it’s unfeminine to buy a home or a heap of investment properties then you are being your own worst enemy. When you think of all the other obstacles women need to overcome, it’s crazy to add one more!

Here are a list of the real life finical obstacles that woman face.

Men are often paid more for doing the exact same job as a woman, simply because they’re a man. As there’s nothing most of us can do about the gender pay gap, you’d be forgiven for putting your head firmly in the sand. The reality is, the national gender pay gap in Australia in 2016 was 16.2% and it’s reported to have hovered between 15% and 19% for the past two decades.

That percentage is the silent saboteur of a woman’s financial security as beautifully highlighted as a surfing completion was slammed over a photo blatantly showing gender pay gap, in their Pro Junior Championship, this week.

The controversial image below was uploaded onto the Ballito Pro Facebook page and it didn’t take long before thousands of angry comments about the pay gap came flooding in.

Read the full article in he link below.

The National Women’s Law Centre in Washington DC deducted that, “based on today’s wage gap, a woman who worked full-time, year round, would typically lose $418,800 in a 40-year period. She would then have to work more than ten years longer to make up this lifetime wage gap.” Grrrrrr!

As their careers progress, men are usually encouraged to ask for what they want. When they do, they’re seen as focused and career minded. However, as mentioned above, through nature and nurture women tend to be more reserved when asking for more dollars and promotions. Yes, even in these #metoo times.

Typically, if a woman fails to ask for what she deserves she’s often told to “grow a pair of balls”, a woman who does ask is respectfully referred to as a “ball breaker” but a man who asks is seen as “ballsy”. To me, it’s all a load of balls!

Having a family is often an exciting but frantic time when people are more focused on surviving sleep deprivation and paying bills than looking too far into the future. If a heterosexual couple decide one of them needs to stay at home to care for their children, it’s usually the woman. Maternity leave (and sometimes other carer responsibilities) take many women out of the workforce for years.

When they return to work, most mothers then do “mummy friendly” jobs that don’t offer holiday pay or superannuation. Those who make it back to their original full-time work are often promoted less because of their family commitments and time out of work.

Sure, men have to split their assets after a divorce too, but a 2009 report by The Australian Institute of Family Studies found that five years after a divorce, women were still significantly worse off than both divorced men and women who had never divorced.

But take heart, it also showed that the following will reduce the likelihood of increased financial hardship after divorce for women:

Source: Australian Government – Australian Institute Of Family Studies based on data from the Household, Income and Labour Dynamics in Australia (HILDA) Survey

Zsa Zsa Gabor’s classic quote, “He taught me housekeeping; when I divorce I keep the house!” may be Hollywood gold, but they’re also wise words. Women with children usually have less financial opportunities to earn, save and rebuild any level of wealth after a divorce, so retaining ownership of the family home (or an investment property or two) can significantly protect women from a lower standard of living or even poverty in the long term.

Of course, if there are no children involved, both parties will recover faster.

Finally, the kids are older and it’s time to get back into the workforce to pump up some serious savings. After all, retirement is years away but wait, now women have sexism (the gender pay gap) and ageism to contend with.

It’s no secret that older women tend to be marginalised or become scarily invisible to “young gun” recruiters. This makes getting back into the workforce, especially at any senior level, pretty tough. It’s crazy considering the wealth of experience older women bring to a job, not to mention the renewed vigour that comes with working post-kids!

The good news? We can work with all of the above. It would be easy to tell yourself, “Oh, it’ll be fine, something will turn up.” or “Retirement? That’s ages away! Why save when I need that holiday or a treat for the kids?” Or worse, get completely overwhelmed, throw yourself on the floor and think, “Well, I’m stuffed.”

Doing the same thing but expecting a different result is a true sign of madness. Instead, let’s shake things up and get motivated. Don’t let society’s expectations and the statistics around women’s finances put you off. You need absolute faith that you can meet your goals to take charge of your financial future. I know you can but you don’t have to do it alone. Here’s a true story that shows how two young friends got together to get ahead.

Getting On The Property Ladder – How Women Can Help Each Other

25 years old Lisa was trying to save a deposit for her first apartment. Her 25-year old colleague, Betty, was in the same predicament so, to speed up the process, they decided to buy something together. Now with a common goal, they set strict monthly budgets and kept each other accountable. Using good old-fashioned structure and discipline they kept their eyes on their long-term goal.

At still only 26-years of age they both purchased 50% of an apartment in a blue-chip area of Sydney.

The two colleagues lived happily together for some time but then Betty got engaged and was happy for Lisa to buy her out. However, Lisa thought she wanted more than the apartment was worth so there was a little falling out. After much negotiation, which wasn’t always easy, they struck a deal.

A number of years later, when Lisa sold the apartment, she came out of it with enough money to buy a pretty, sandstone, two-bedroom house in Sydney’s inner city.

This was a big jump for her and naturally Lisa was nervous that she wouldn’t have enough money to service her mortgage and when she was made redundant, she thought her worst nightmare had come true. However, as luck would have it, the redundancy payout helped her pay a substantial chunk of her mortgage. She then easily got another job only to be made redundant again a few years later. This time, she was able to pay off the remainder of her mortgage in full.

Was she lucky? You bet!

However, there are plenty of people who have received redundancy money and have nothing to show for it today. Also, Lisa had worked hard to pay down her mortgage while her wages were poring in.

Lisa had one more curveball ahead of her—her health. An amazing warrior woman who was ploughing through life, she suddenly got sick with cancer. While she endured grueling chemotherapy, with no mortgage to pay, Lisa was able to focus on getting well.

Along the way, Lisa realised that life and time waits for no one. Once fully recovered she decided to sell her cottage and find something light and bright to live in. Lisa went looking for a buyer’s agent and her search led to me. The house she bought through me will probably be her “forever” house. It’s grand, light, very impressive and, just like her, full of life.

Lisa’s advice: Don’t depend on a man! Becoming financially independent gives you freedom. It’s the only thing that gives you choices. Oh, and if you do buy with a friend, be sure to get a contract drawn up by a lawyer first!

Moral of the story: No matter who you team up with, always get a simple document drawn up by a lawyer depicting terms such as:

As you can probably tell, I am passionate about helping women become financially secure. This is why I wrote a book called Mind Body Sold! which demystifies the world of property buying with loads of searching and buying tips. It’s about property because of my years of experience in the industry but the principals for a stronger mindset, which I cover in the first part of the book, can be applied to any part of your life. Unlearning all the negative conditioning women have gone through since birth is really half the battle!

The above is an excerpt from Mind Body Sold! and this is what people are saying about it.

I learnt so much from reading Elaine’s book. Most of her game-changing, down-to-earth tips and advice hadn’t even occurred to me before. If knowledge is power then this is powerful stuff. I so wish I’d known all of this before we sold my mother-in-law’s house a few years ago, especially how real estate agents think.

While I learnt a lot from all the real estate tips, I found the first section on mind-set very powerful. After reading it, I called a family meeting and had us all write down our goals and practical steps to achieving them within a certain time frame. Not only was it fun, we learnt lots of new things about each other and knowing what’s really important to me and my loved ones gave me, and I believe all of us, a better sense of connection and direction.

I’m amazed how confident and revitalised I feel in my property search after reading this book. I loved that Elaine teaches you how to price a property, to find out if you can afford it, before you waste money on a solicitor and building reports etc.

By Elaine Davies Principal and Founder of New Road Property and author of Mind Body Sold! available on amazon.com.au (within Australia) or amazon.com

To find out more either email me on Elaine@newroadproperty.com.au or read my book Mind Body Sold! HERE